A one-week project to build, two-month project to code. A desktop stoplight that...well...slowly crumbles into a confused void of computational randomness. By taking in random factors such as the weather, time, and location, the stoplight beins functioning as a normal streetlight, then demonstrates a total and complete self-destruction, crumbling to a mess of white-strobes.

This was built to demonstrate the randomness of the world we live in, all in a (very!) bright desktop configuration. The code isn't quite done.

A high-powered server PC built for 3d-modeling and 24/7 server operation. Water-cooled with liquid coolant and sponsored by EK Waterblocks. 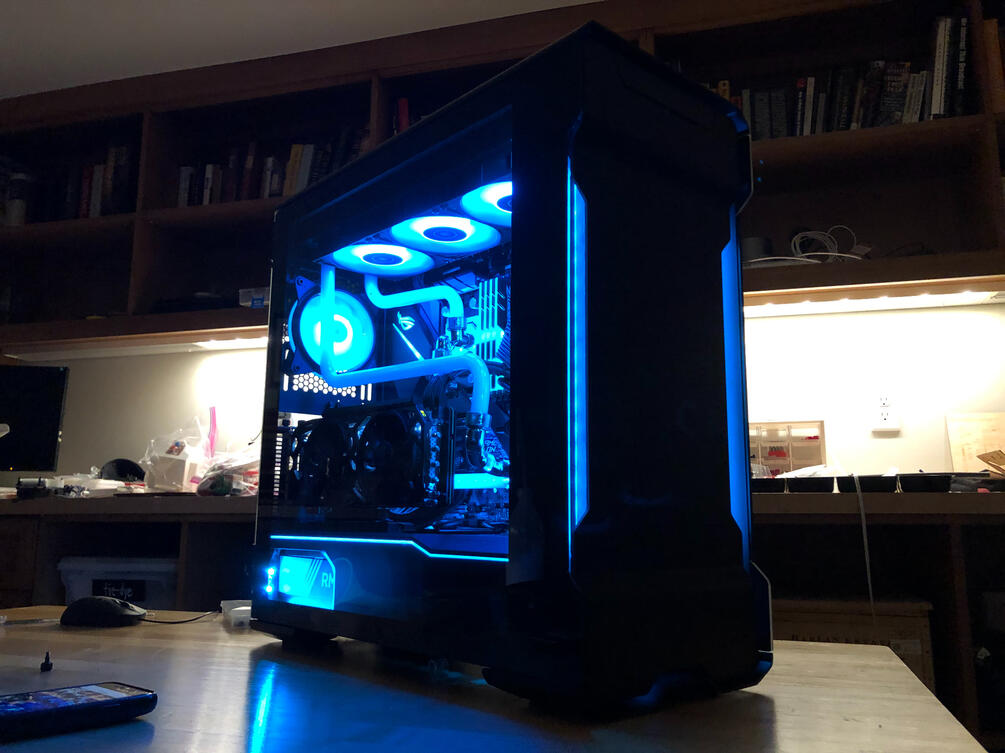 An interactive, educational product to teach kids the fundamentals of electronics and circuit design. We made learning about this vastly complex topic simple and fun for kids - without hiding the wires or soldering underneath. We were able to test the product with sample groups of elementary school classes, running workshops once a week for a month.

Created with fellow students in collaboration with the Stanford School of Environmental Sciences. Led the original design of a machine (Wavetable) to simulate the curvature and rotation of the earth in order to study wave movement in our oceans. This project is still in operation in schools and labs across the country.

We controlled the original motor assembly with an Arduino Leonardo and a motor shield - to allow precision control of the speed of the wavetable and simulation of the Earth' rotation. 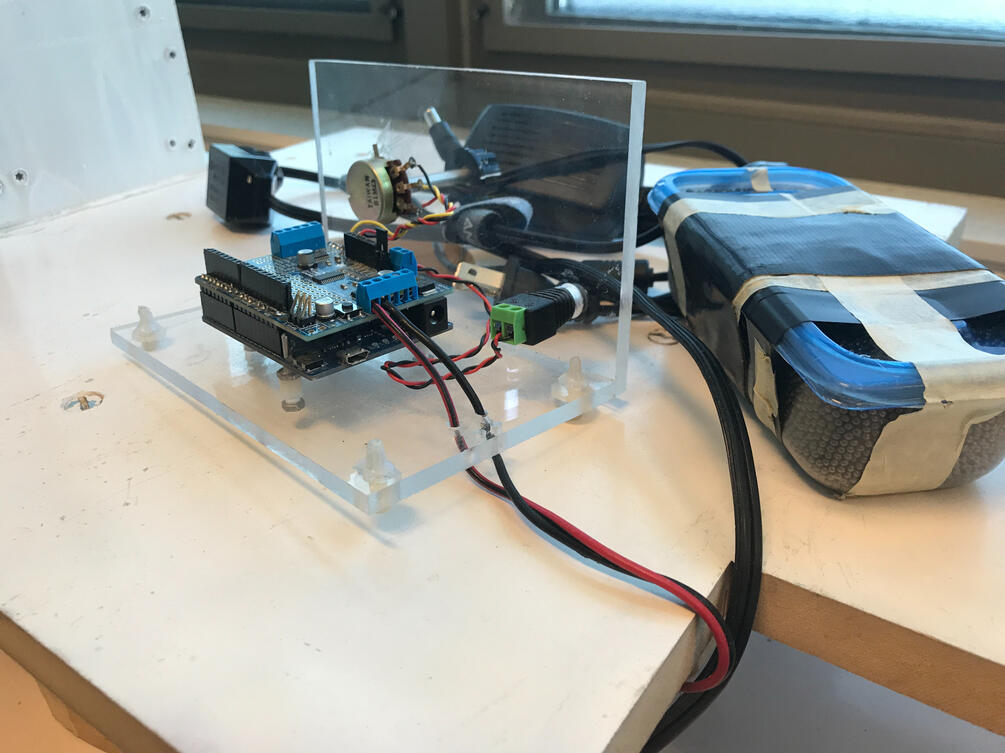 Below, the signatures of the entire team that worked on the first prototype: 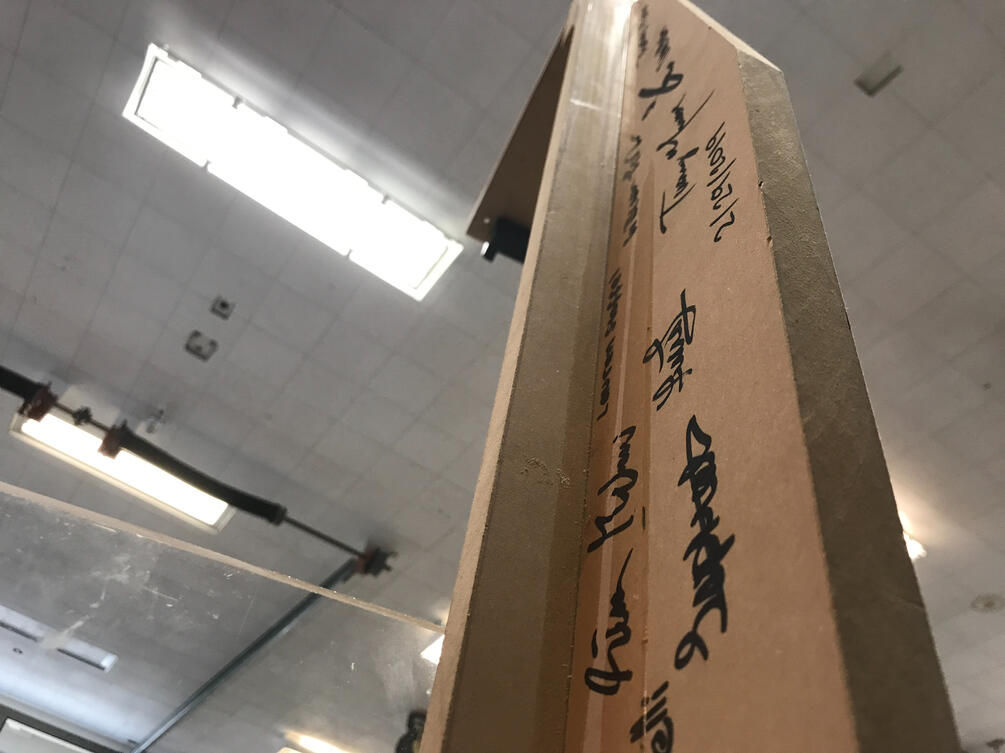 The original container to hold liquids was created from laser-cut acrylic and epoxy. Additionally, we took advantage of local machine shops to mill custom water blocks for measuring and analyzing the liquid content of the tank. 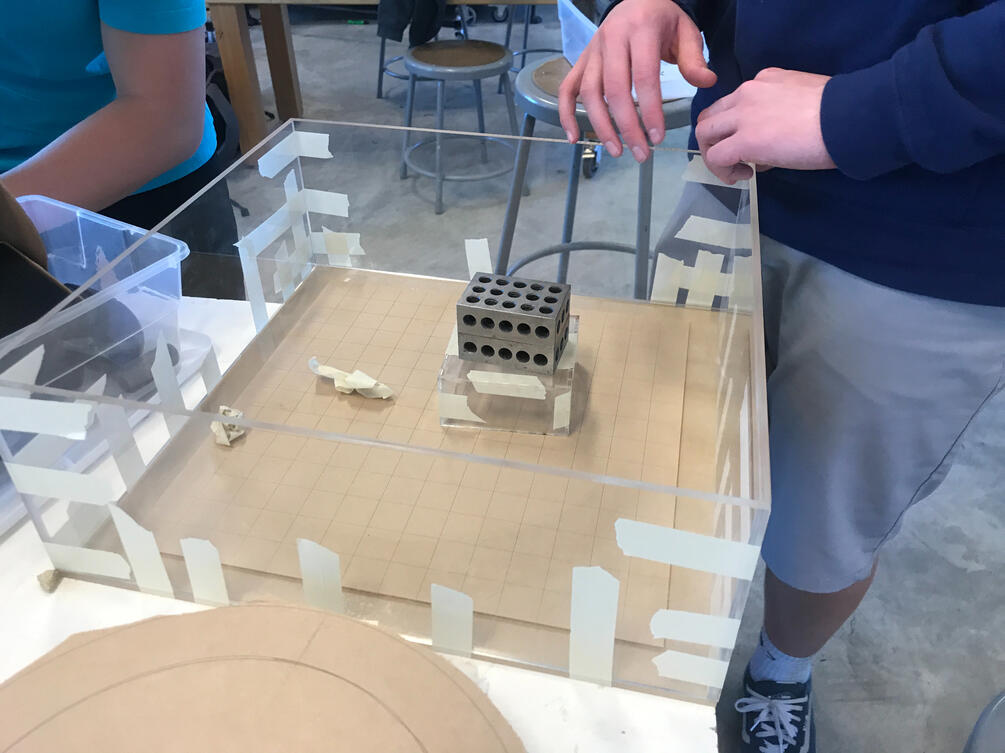 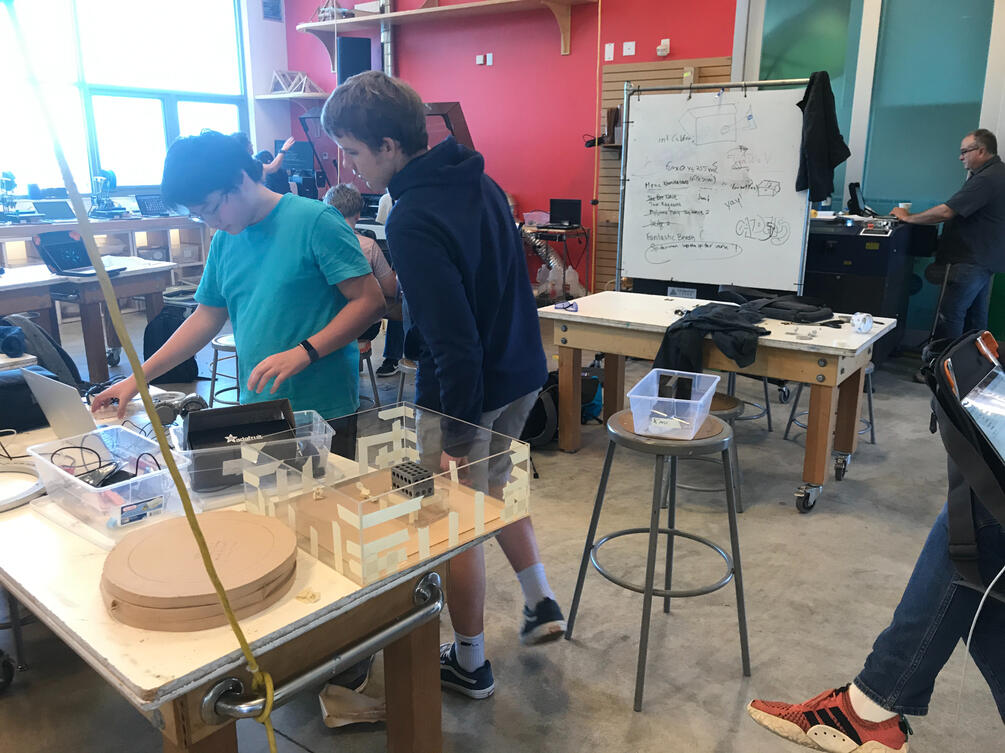 Finally, we were able to test spreading liquids, chemicals, and bacteria in the tank - simulating how these would be distributed in the Earth's oceans and adapt to the curvature and rotation of the earth. First we tested a small amount of water - the rapid spinning of the table allowed us to test the durability and tolerances of our assembly.

Below is one of our final tests of version one - exploring how two liquids mix in water. A lamp cut in the center simulates the heat from the core of the earth.

A simple lamp made of layered and carved acrylic and birch wood. Using the same codebase as project 01: Camplights, this lamp lights up and functions as an ambient light source, as well as uses an internet based microcontroller to change colors based on weather.com predictions.

Built with two electric leaf blowers - rewired and modified to push air inward and out the bottom of a silicone lining. By laser-cutting holes in the lining, we were able to create a vacuum that, in turn, lifted the board approximately 3 inches above the ground.

Here is a video of the original test:

And here is a video of our second test, on a gym floor to minimize friction. Here, you can see what the board really does - without contact to the ground, the board can cross the gym floor with just one push.

I've always been interested in arcade games - the flashing lights, the prizes, and, most importantly, the machines. A while back, my friend and I saw a video (linked below) - explaining the mechanics of arcade claw machines and how they're rigged against the customer. We wanted to try it ourselves.

The claw machine was a monumental project for me. Over the course of 8 months, my best friend and I sourced and assembled parts from various manufacturers, designing an arcade-grade claw machine and displaying it for elementary school students to play with on their last day of school. We were able to acquire the motherboard and computer from a leading arcade game manufacurer - allowing us to discover how claw machines truly are rigged against the customer - and how they work in the real world to prevent you from winning a prize. Spoiler alert: when you lose at one of these pesky machines, it's not you. The machines are designed to drop your prize until they've made enough money.

Completed as a project with a couple of my closest friends from the lab, our melting furnace was a high-powered gasoline heat source that we used to melt aluminum to liquid form and cast into various molds. 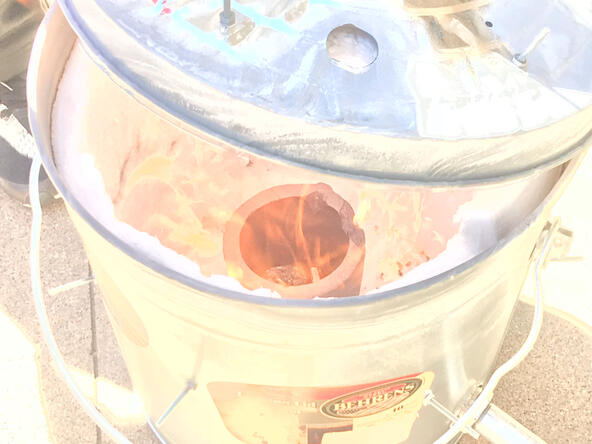 Marking my first foray into hardware-meets-software design, I built a simple, weatherproof RGB LED strip and controlled them using an Arduino microcontroller. While certainly a simple project, these proved extremely useful on a backpacking trip shortly after.

From clothing manufacturing to logistics, we are GLBL Media (formerly Etherworks). We are a private and exclusive full service distribution network. We represent a clientele made up of private clients, marketing agencies, and corporations. We specialize in connecting major clients with boutique brands to provide an unparalleled level of service and attention to each of our customers.
This project was retired in September of 2020

Learn More (media.glblholdings.com)
Back to Home

This is GLBL Networks: a project to take back user's privacy online. A private, global server network designed to keep your data secure. No logs, no tracking, no paper trail. On behalf of GLBL, I operate a network of servers that learn and adapt via OpenVPN, Pritunl, and DML Protocols to secure your internet traffic, no matter where you are.

Learn More (glblnetworks.com)
Back to Home

In December of 2020 I joined SV2, working to fund and allocate resources to non-profits and social enterprises with a focus on the education sector.

SV2 has funded over 125 nonprofits and social enterprises, providing more than $7 million in funding since its founding. 43% of Partners said they provided follow-on donations and/or investments to organizations they connected with or learned about through SV2. In 2019-20, the SV2 community invested over $1.4 million (including direct investments and Partner follow-on funding) in our Grantees and Impact Investees.

Learn More (sv2.org)
Back to Home